New Delhi: Owing to the construction of a flyover and encroachment in the service lane, the Parthala Chowk intersection in Noida, near sectors 121 and 122, has become a pain point for residents, especially during peak evening hours. The traffic disarray at the intersection has worsened over the past few days as only one lane is open for traffic moving towards Gaur City, forcing people to spend about an additional hour at the junction.Also Read – Noida Airport Will Surpass Delhi’s IGIA to Become India’s Leading Airport: Jyotiraditya Scindia

Barricading, debris, and additional closures have added to the chaos and made commuting on the stretch extremely difficult for people especially office-goers. Even ambulances, fire tenders can be seen getting stuck for long periods as traffic jams have now become common on this busy stretch. 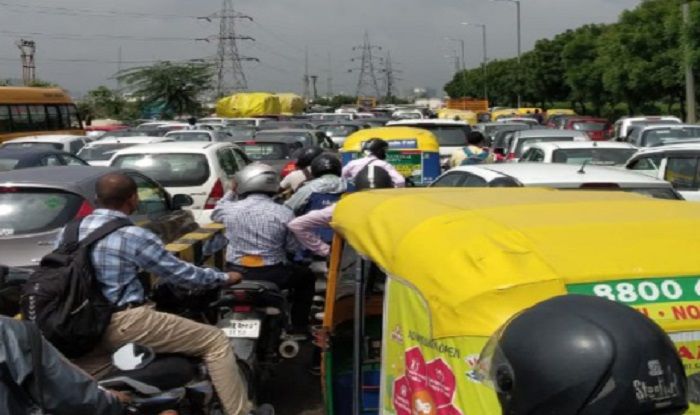 Narrating her ordeal, Vineeta Kumar, a daily commuter on the stretch said, “I am always carrying my laptop or have saved some work that I can do when I am stuck in the Parthala traffic, especially on Monday mornings. Honestly, it reminds me of the achievement that one usually feels while boarding a metro from Rajiv Chowk station on Monday mornings. I don’t miss Delhi anymore!”

Nilay Nirupam, an office goer said, “Noida traffic jams are so bad that companies should start providing work from cab or work on the way for their employees.”

Venting out her frustration, a woman driving to work said that she leave for her office an hour before so that she can avoid being stuck in traffic. “The long jam due to prolonged construction work got worse over the past week-and-a-half”, she added. 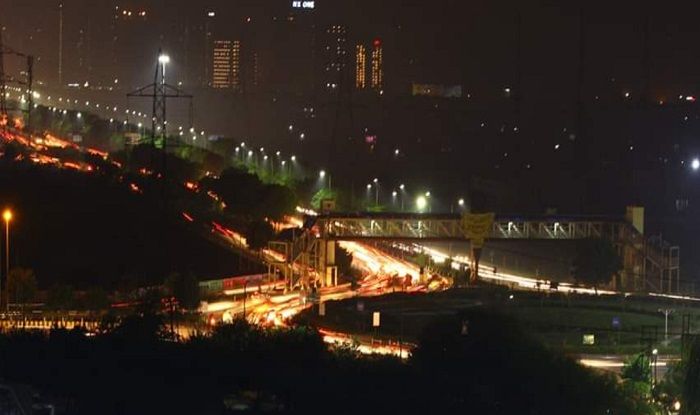 About the Parthala Flyover Project

Costing approximately Rs 80 crore, the six-lane flyover will run 697 metres and is expected to bring relief to thousands of commuters who get stuck in road traffic in Noida and Greater Noida.