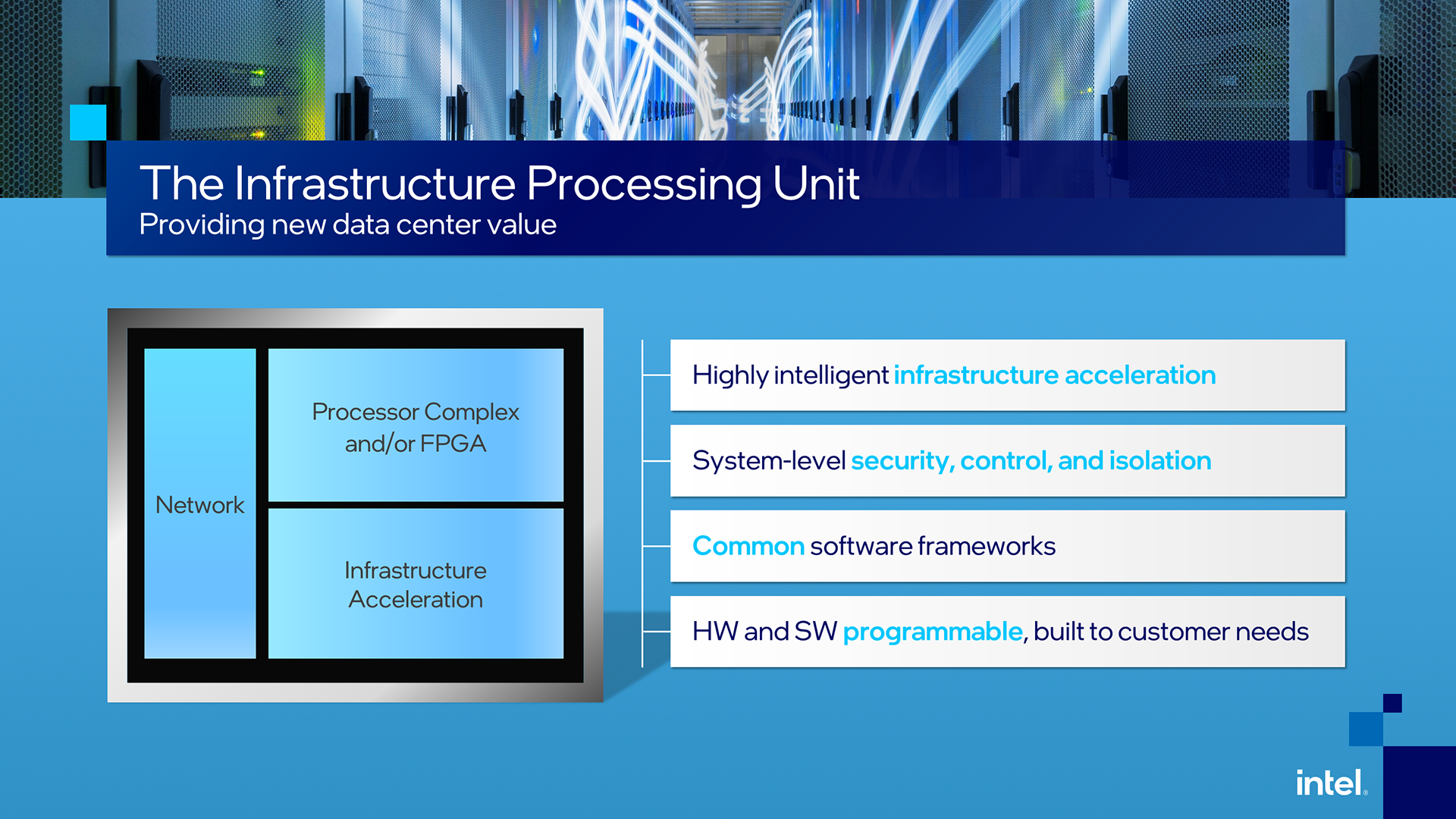 “The IPU is a new category of technologies and is one of the strategic pillars of our cloud strategy. It expands upon our SmartNIC capabilities and is designed to address the complexity and inefficiencies in the modern data center. At Intel, we are dedicated to creating solutions and innovating alongside our customers and partners — the IPU exemplifies this collaboration,” said Guido Appenzeller, chief technology officer, Data Platforms Group, Intel

The IPU has dedicated functionality to accelerate modern applications that are built using a microservice-based architecture in the data center.

With the IPU, a cloud provider can securely manage infrastructure functions while enabling its customer to control the functions of the CPU and system memory, as per an official statement.

“As a result of Intel’s collaboration with a majority of hyperscalers, Intel is already the volume leader in the IPU market with our Xeon-D, FPGA and Ethernet components,” said Patty Kummrow, vice president in the Data Platforms Group and general manager of Ethernet Products Group at Intel.

“The first of Intel’s FPGA-based IPU platforms are deployed at multiple cloud service providers and our first ASIC IPU is under test,” Kummrow added.

Next, Intel will roll out additional FPGA-based IPU platforms and dedicated ASICs to serve evolving data centers that will require a new architecture where large-scale distributed heterogeneous compute systems work together and are connected seamlessly to appear as a single compute platform, the statement added.