G7 infrastructure plan may not match up with India’s goals -

G7 infrastructure plan may not match up with India’s goals 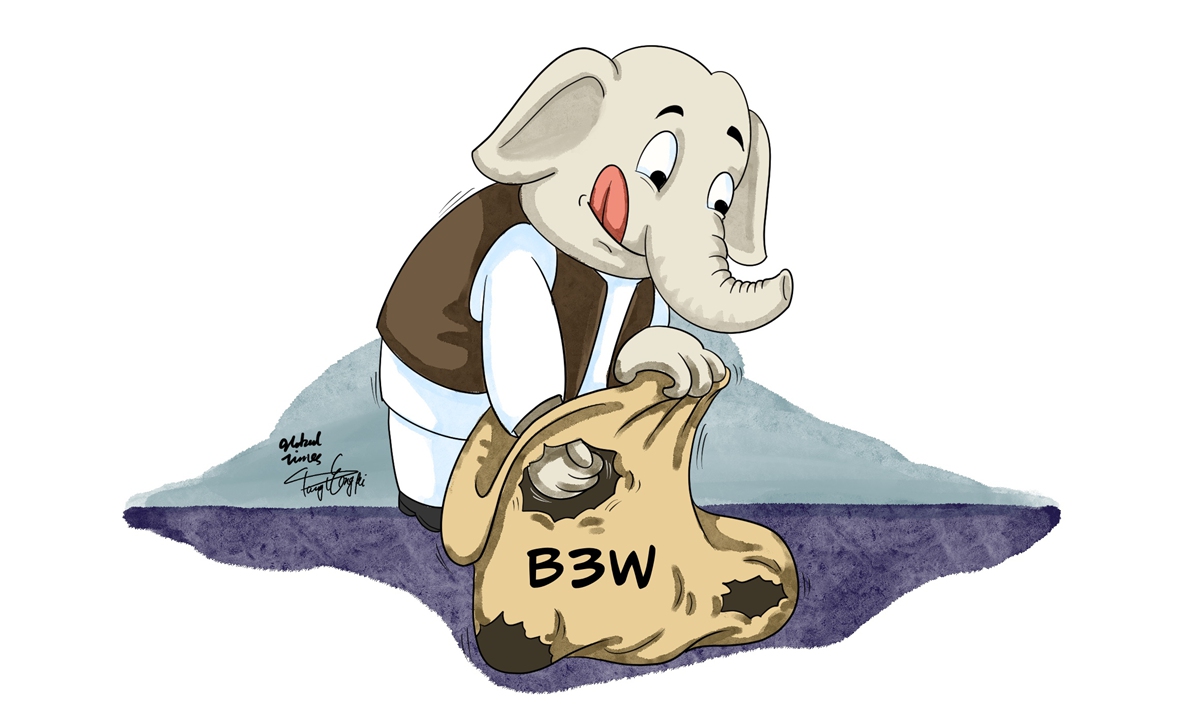 Just couple of days after the Group of Seven (G7) announced its grand infrastructure plan, which is known as the Build Back Better World (B3W) initiative, India has made its rushed response to the plan. Indian media said the Indian government has suggested that it may consider joining the US-led plan.

The Times of India on Monday reported that India may join G7’s infrastructure push to counter China’s influence. The Ministry of External Affairs’ additional secretary P Harish was quoted as saying “I can confirm relevant agencies of the government will study the specifics of the proposal.”

Indian Prime Minister Narendra Modi has emphasized that democracies should demonstrate the ability to implement projects, said the official, adding that India can deliver not only within the country but in other countries, referring to India’s experience in neighboring and African   countries.

In commentary section of the report, some Indian netizens welcomed the G7 plan, while others hold completely opposite attitude against it, saying that “India should not be played by G7.” Perhaps Indian policymakers should think carefully before making a final decision: can India derive any real benefit under the G7 plan?

At the first glance, India and G7 share the same strategic goal in the plan, namely to confront and take on China. The US-led clique sees China-proposed Belt and Road Initiative (BRI) as a threat, and they cannot accept China may take geopolitical and economic dominance. India, on the other hand, is concerned that BRI will threaten its dominance in the Indian Ocean and South Asia region. For geopolitical reasons, India may want to hedge and counter China’s influence by joining the B3W initiative.

Moreover, economically speaking, what India’s ambitious plan to bring its pandemic-hit economy back needs the most is to expand access to capital to fund further infrastructure investment, and it seems that the G7’s “BRI alternative” will provide funds supports. According to an economic survey in 2020, to achieve GDP of $5 trillion by 2024-2025, India needs to spend about $1.4 trillion in this period on infrastructure alone. The G7’s B3W initiative, will provide a transparent infrastructure partnership to help narrow the $40 trillion needed by developing nations by 2035, the White House said.

However, a closer look at the facts, a gap can be found in the cooperation between the South Asian country and the West.

The major focus of the negotiation of US-India cooperation in the past is India’s need for financial and technical support, but to date the US has provided little. For instance, in recent pandemic resurgence in India, its vaccine pursuit has got very limited support from the US. Speaking of the US’ Indo-Pacific strategy, India has long been complaining that it is more a military plan, rather than an economic and financial cooperation plan.

In case of the G7’s new infrastructure plan, how much funds supports will Western countries provide in actual implementation is still questionable. India’s less open markets has discouraged companies in other countries from seeing India as a popular investment destination. Even if the West plans to invest in India’s infrastructure, how much can they support India at a time when many of them are facing skyrocketing levels of debt and can barely finance their own domestic infrastructure? During the QUAD summit in March, the US, Japan and Australia had agreed to provide support to boost vaccine production in India, but, so far, the US has not opened the supply of many patents and raw materials to India.

While repeatedly making baseless smearing campaign against China of “debt trap,” Western governments’ foreign aid always comes with political strings attached, it is clear to all that Western capital will chase after profits. Is India willing to accept the conditional Western investments as it seeks to maintain its dominance in the Indian Ocean and South Asia region?

China’s BRI advocates advancing mutual beneficial cooperation, which is building up infrastructure in countries along the Belt and Road to advance regional trade and inter-connection. As long as the G7’s B3W initiative actually aims at help developing nations and less-developed countries to advance development, even if it will competes with the BRI, it will be benefit local economic development and regional cooperation. But India must ask itself, if the G7 is appearing to write a blank cheque, just what is the actual cost?

The author is secretary-general of the Research Center for China-South Asia Cooperation at Shanghai Institutes for International Studies. bizopinion@globaltimes.com.cn