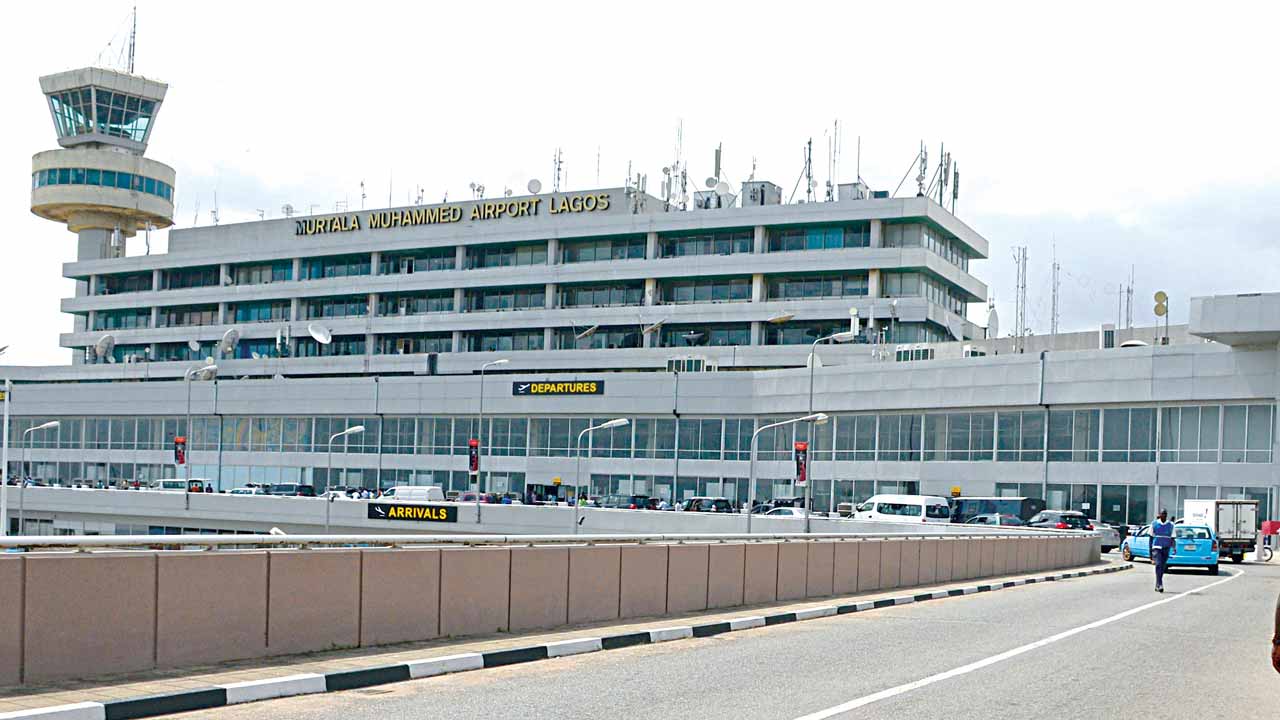 Despite a rebound in passenger traffic since flights resumed a year ago, scheduled airlines are struggling to cope with poor aviation infrastructure that has not seen repair or upgrade in several years.

While the Lagos domestic runway (18L) still lacks airfield lighting and has become an “operational nightmare” for night operations, Port Harcourt runway has yet unresolved safety issues, especially during the rainy season.

Scheduled operators said though they had managed the sheer lapses for years, emerging demands in schedule reliability have made infrastructure-induced delays and losses unbearable.

Apparently, in agreement with operators, aviation stakeholders said the development borders on wrong-headed negligence on the part of aviation handlers and poor regulatory oversight by agencies mandated to routinely certify the facilities for safe operations.

Indeed, flight operations at the Lagos Airport, the flagship facility of Nigerian aviation, are steadily recovering since they resumed operation in July 2020 following three months of lockdown. In the last one year, the General Aviation Terminal (GAT), for instance, recorded 1.24 million passenger traffic and 14,079 aircraft movements – the highest in the country. The international terminal also surged, accounting for 50 per cent of all foreign flights to Nigeria in 2020.

Given the prime position of the facility, operators, however, regretted that the domestic runway records abysmally short flight hours daily, and readily shuts at sunset.

At nightfall (from 6:00p.m.), all Lagos-bound domestic carriers are diverted to the international section (18R) and made to taxi about four kilometres back to the domestic terminal.

Chief Operating Officer of one of the airlines said taxing the long stretch alone is an avoidable burden and risk for operating airlines. He said besides the gallons of fuel consumed, the accumulated delay on the entire network is “killing” scheduled operations.

“Lagos is our number one airport that should operate 24 hours. Globally, the peak period of aviation is nightfall. But because some people, who are expected to have experience on their side, just don’t understand the demands of the aviation business, they close the domestic runway once it is nightfall, and nobody is bothered.

“But the pressure is on airlines. We all take off from Lagos each day. But because of the sub-standard runway, you are delayed till full daybreak; otherwise, you burn fuel taxing to Runway 18R to takeoff. At night, all aircraft take turns to land at the international terminal, and taxi for about 30 minutes to MMA, burning fuel, dodging oncoming aircraft, and incurring avoidable delays that are not of the making of operators. That is why an airline in Nigeria operates for an average of 10 or 11 hours on a good day, while others do an average of 18 to 20 hours minimum. Yet, they want to offer cheap airfares and compete with international airlines. How?

“I think we need to get serious as a country. One would have expected that those infrastructure gaps would have been addressed before the minister starts talking about 100 per cent refund for flight delays. Lagos airport is where the problem begins daily. Let them fix the deplorable infrastructure that has made seamless operation impossible in this country,” the COO said.

The Guardian learnt that the Runway 18L was in 2008 rehabilitated but without provision for airfield lighting. The contract for the expansion and resurfacing of the local airport runway was awarded to P.W Nigeria Limited at N3.56 billion.

A member of the Airlines Operators of Nigeria (AON) said the body has consistently drawn the attention of the Minister and Federal Airports Authority of Nigeria (FAAN) to the “critical gap” in Lagos, with pledges of getting something done for years.

His worry was the security risk and embarrassment of having the entire airport closed when an incident occurred on the only-saving international runway. And that has occurred at least on two occasions in recent times.

An Azman Boeing 737 had a burst tyre on landing at the international runway around 6:00p.m. last February. The runway didn’t reopen until the following morning, forcing all inbound flights to divert elsewhere, while outbound flights were cancelled. Air Peace had a similar incident and attendant closure in June 2019.

Regional Manager of Lagos and Southwest Airports, Victoria Shin-Abba, declined comments on the infrastructural issues. Other officials, however, said the Ministry of Aviation was in the process of addressing the airfield constraint “until COVID-19 disrupted plans.”

Also, four months after, investigators probing a landing Dornier 328’s runway excursion at Lagos are yet to explain what happened beyond disclosing that it occurred as the aircraft slowed just after control was handed to the captain. The turboprop, operated by private carrier, Dornier Aviation Nigeria AEIP, veered “uncontrollably” to the right and came to rest on the grass after landing on runway 18L, according to the Accident Investigation Bureau (AIB) Nigeria.

It had arrived from Port Harcourt military airport, with 20 occupants, in daylight and good visibility on March 14, 2021. Meteorological information given to the crew during the landing clearance included a crosswind component from the right, and the crew was cautioned about possible bird activity.

No one on board the Dornier was injured as it veered off the runway during landing onto the grass lawn before stopping. No conclusions have been reached on the reason for the excursion. Passengers disembarked normally and none of the 16 passengers and four crewmembers was injured. The aircraft – a 20-year old airframe, 5N-BUN – was not damaged.

SIMILARLY, the slippery surface at PHIA has also not gone unnoticed. The AIB recently released probe reports on seven serious incidents that happened between 2010 and 2019, out of which three occurred on Port Harcourt runway.

The concerns became stronger because most of the safety recommendations, on account of past serious incidents, were reported not to be fully implemented by the Federal Airport Authority of Nigeria (FAAN).

For instance, following the investigation into the Dana Air incident of February 2018, the AIB report recommended that FAAN should conduct Friction Test and De-rubberisation of all active runways under its control.

FAAN should also monitor surface friction test schedules on all operational runways on a more frequent basis, including the build-up of rubber on all runways, and perform rubber removal operations as required, and in accordance with Nig. CARs 2007 Part12. 6.4(d).

FAAN was directed to ensure the development of a comprehensive maintenance plan for runways and ensure effective record keeping for every detail of maintenance carried out.

Former commandant of the Lagos Airport, Group Capt. John Ojikutu (rtd), said FAAN has no excuse for neglecting the runway and the R parallel taxiway in Lagos. Ojikutu said in as much as they would want to blame funding, the MMA is in financial fine-fettle to regularly upgrade its facilities to world standard.

“My knowledge of airports’ earnings tells me that MMA alone can generate a minimum of N100 billion in revenue.

The questions I have asked severally are: why can’t the airport spend 10 per cent of its revenue earnings on the maintenance of the airport infrastructure and facilities? What is the true or actual earnings at our airports that the maintenance of the critical infrastructure and facilities are in disrepair and are neglected? Unfortunately too, the staff unions and airlines operators are not seen or known to be vigorously complaining about these neglects,” Ojikutu said.

He added that the responsible oversight authority that conducts yearly mandatory audits on all operators including the government airports, which include the MMA, has not reported this serious neglect of this critical flight safety facility.

“In particular, I have been wondering if this runway was ever part of assessments that made the Nigerian Civil Aviation Authority (NCAA) give the MMA certification over two years ago. They all wait until something goes wrong and put the neglect on the masquerade called Federal Government.

“Again, two of the incidents at PHIA involved one particular aircraft. The question to ask is: why were the safety recommendations not implemented or enforced by the responsible authority? There are lots of wrongs with the authority responsible for enforcement of regulations and safety recommendations than the operators. Who will save us from ourselves?” Ojikutu queried.

Member of the Aviation Safety Round Table Initiative (ASRTI), Olumide Ohunayo, said for every scheduled aircraft that could not land in Lagos is a huge revenue loss both to the airline and aviation agencies that depend on it for revenue. Ohunayo said it is curious that the critical runway infrastructure has never been given attention in the multiple billions worth of votes going to aviation projects.

“It is not only in Lagos. It is the same in Enugu Airport. Though Enugu has airfield lights, it does not operate beyond 6:00p.m., which is an economic loss. For fares to drop, there must be frequencies, and to have frequencies, there must be certain flight hours. A situation where airports close by 6:00p.m., yet you are asking airlines to pay to have those lights turn-on for night operations, is not right.

“If we want to improve our economy, increase frequencies on our domestic routes and improve the profitability of these airlines, we need to extend the operating hours of these airports than subjugate the airlines to daytime operations.

“It is unbelievable that Lagos runway was opened without airfield lights and has taken so much time for the government to react. Lagos is the most critical airport in our aviation network and the absence of runway airfield lighting has cost airlines schedule reliability, while trying to link domestic terminals from the international runway. It means all flights on the queue are affected. The government got it wrong with the runway and they should address it,” Ohunayo said.